You may be wondering how Microsoft's Technologies will overtake IoT space using for example Azure IoT Edge or the devices but there is a specific OS dedicated to IoT and here is a little description of the use cases and versions of it.

Windows comes in a various number of versions, and Windows 10 IoT is one of the nine versions of the operating system specially designed for IoT devices and management. We’ll have a look on how its built and why you should or shouldn’t consider it.

First of all Windows 10 IoT is an evolution of an OS you’ve probably used in the pas without knowing called “Windows Embedded” This type of OS was previously used in machines like an ATM or a ticketing machine in a train station. Typically, the machines were running a light version of Windows XP with a front interface so the user wouldn’t notice. But eventually these machines would run into some bugs and you could recognize a much more familiar interface.

Bit Windows 10 IoT is not a re-branded version of Window Embedded to include IoT functions and is not designed solely for Large groups. In fact, Microsoft offers two versions of the OS: “Enterprise” and “IoT Core” to match exactly the needs and use of the OS.

The use of this Operating system is designed for multiple devices. Typically in the same spirit that a company uses Intune to manage a large number of devices, lock-down access to functionalities of the machine etc… Windows 10 IoT enterprise is similar to Windows 10 Enterprise but offers the ability to display a locked client app for one single use. You wouldn't be able to access the windows system in the background if you don’t have an admin role.

Getting access to Windows 10 IoT enterprise is limited, you can only purchase from an authorized reseller and not through a regular store. It is a full Windows licence, One disadvantage to consider: This version will not run ARM processors

Core is for Single use – Solo program and sensors. The OS only runs a Universal Windows Program (UWP) app and background processes. In this configuration, you don’t have access to the full Windows power but you can run your ARM processors. You may choose this version for programs that don’t require that much user interaction. Projects like Glas Thermostat by Johnson controls is running Windows 10 IoT Core and Azure to measure, adjust, regulate the air quality. Thanks to the compatibility with ARM processors, you can run Windows IoT Core with boards like Raspberry Pi. If you want to get started with Raspberry Pi on Windows IoT Core, here is a useful link to jump right in the process.

Multiple other projects running Windows IoT Core are available on the Microsoft IOT Blog and may ignite your will to get started.

If you’re more on the robotics side of IoT, you may want to have a look at the Robot Operating System (ROS) an open source OS maintained by Open Robotics. Last year at ROSCon2018 Microsoft announced an experimental release of ROS for Windows that is now generally available. This Solution combines perfectly with Microsoft Azure’s cognitive services to infuse robots with intelligence provided by the cloud and continuously improves across time.

If you want to know more about this specific topic, join our linkedin Group and make sure to sign-up to our newsletter ! 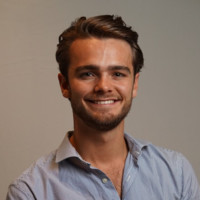