Did you say Internet Of Things in B2B ?

Not long ago, I only associated Internet Of Things (IoT) with the Google Home or Alexa.

My first experience was astonishing. I saw my friend switching off his lights by asking his Google home to do so. Domestic assistants are great examples on how connecting things could be empowering. However I was clearly missing the bigger picture.

Beginning of January 2019, my LinkedIn feed was saturated with tech giants' huge investment  in IoT. Among them, Microsoft will spend 5$ billions over the next four years to implement IoT in B2B.

Since when is this technology appealing ? I could see the value for B2C but for B2B ?

First I needed to understand better the concept behind IoT. A small research led me to that definition on Wikipedia.

"The Internet of things(IoT) is the extension of Internet connectivity into physical devices and everyday objects. Embedded with electronics, Internet connectivity, and other forms of hardware (such as sensors), these devices can communicate and interact with others over the Internet, and they can be remotely monitored and controlled"

To be honest, it wasn't the enlightenment I expected. Further research helped me to get to the general concept. Basically IoT is a dual combination of:

Again that part was confusing. When you deep dive into IOT articles you can be sure of learning new vocabulary such as:

- Micro controller (MCU): We find these chips everywhere whether it's a laptop or a car. Let's put it that way, it's a tiny computer that allows a device to perform the tasks assigned to it.

- Sensors: They have variable forms but they all aim to collect data in the implemented environment. You can use temperature & gaz sensors for instance. It will receive the data and send it to your MCU for processing.

- Development Kit : That was a tricky one. It's a combination of Micro controllers, an operating system & cloud security. Tech giants released a few: you have Microsoft Azure Sphere or Google Cloud IoT-ready hardware.

That's where I felt the most comfortable with. No hardware would be useful if not relying on a software. Behind every IoT use: a software is connecting the dots to eventually perform the desired outcome.

If you were like me, your experience with IoT must have been limited to B2C mainstream products.  B2B is the next step:  IoT market is expected to reach $267 B next year.

What could you do ?

Not inspired yet ? Let's have a look across industries:

That's just a sample. Over the internet, you'll find out that IoT will affect all industries and be implemented in numerous ways.

That's gold ! How can I take part in this market ?

Ask yourself the relevant questions. Which physical task need to be optimized ? What data do you aggregate to produce insights ? How will it be display to end users ?

Ok ! I mapped everything. Where do I start ?

Believe it or not, I'm working on it. At AI of the tiger, we have the bold ambition of making IoT more accessible to the dreamers of tomorrow. We aim to create the right content & ecosystem to get you started. Don't miss out what could be your tomorrow IoT game changer by subscribing to our newsletter below. 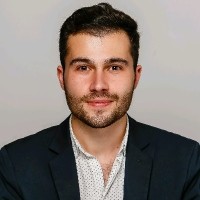